Silloth, the Solway coast and the border country have always played a significant part in the history of the United Kingdom.

During the Roman occupation this area was one of the northernmost outposts of the Roman Empire. There is strong evidence of a Roman presence from Ravenglass through to Maryport, Silloth and Skinburness and all the way to Hadrian's Wall at Bowness-on-Solway. The Romans arrived in this region around AD79 under Agricola. Maryport was key in the supply chain for importing supplies for Roman forces and also as a base for defending possible invasions from Scotland and Ireland. A series of mile forts ran from Maryport all the way to Hadrian's Wall at Bowness on Solway.

After the Roman withdrawal, the Solway was part of the Kingdom of Rheged until Anglian colonists arrived from Northumbria in the seventh century. The area has always been turbulent, forming the basis of Edward I raids across the Scottish border and reprisals from the Scots.

The name Silloth originated from Sea-lath, meaning the barn by the sea. It was part of the Grange farm of Holme Cultram Abbey. After the dissolution of the monasteries Robert Wheatley purchased the open field farming system and leased out parcels to tenant farmers. The farmers continued with the communal system of agriculture which proved to be very successful.

Silloth was developed in the 1850s as a railhead and port. The railway company was instrumental in the development of the town and shipped grey granite from Ireland to build Christchurch, a prominent feature of Silloth to this day. Prior to this, the history of the area belonged to Skinburness.

Skinburness is thought to mean "the headland of the Demon haunted castle." The headland is Grune Point. St John's Chapel on Grune point is one of the places identified as the Green Chapel where Sir Gawaine had his meeting with the Green Knight. It was also the location of Bonnie Prince Charlie’s meeting with the Jacobites after Culloden in Sir Walter Scott's novel, Red Gauntlet. Incidentally Sir Walter Scott wrote red Gauntlet in the Long House, a former coaching inn on the shore of the Solway Firth at Skinburness. The Long House remains a prominent part of Skinburness to this day. Now converted to apartments with the old barn converted to a residence. One of the apartments is named Redgauntlet acknowledging the links to Sir Walter Scott. This area was a haunt for smugglers who built secret tunnels from the Longhouse to points well inland through which Brandy, Whiskey and other contraband found their way into Cumbria.

In 1299, Edward I gathered a fleet for the invasion of Scotland at the port of skin Burness. With about 50 ships he sheltered in the Lee of the point waiting for is moment to come from the Scots, led by Wallace and seize the land around the Solway for England. Edward later granted the town of skimmed the nest charters for a market and fair. In 1301 the port and much of the village would drop destroyed by the great storm. Four years later the landowners, the monks of home culture Abbey build new now lost to replace Skinburness and the population moved away. The embankment was originally built to protect Silloth Grange, the Abbey Farm from the sea.

A more recent Royal connection is when King George I planned to Visit Silloth (in favour of Bognor Regis) for its healthy air to overcome his illness. Elaborate plans were drawn up to alter the town as a result of the impending visit of the King. However they never came to fruition as the King was too ill to travel so far North.

The most turbulent period was the 16th century and the height of the activity of the border Reivers. The act of union signed in 1706 gradually brought peace to the region.

The Holme St Cuthbert History Society and the Solway Discovery Centre in Silloth are excellent sources of information on the ancient and more recent history of Silloth and the Solway Plain. 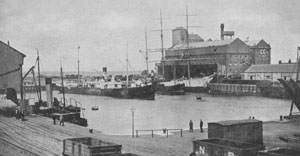 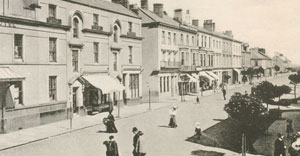 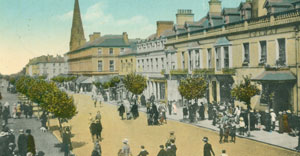 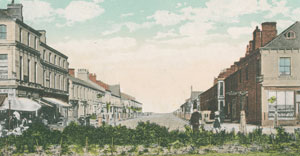 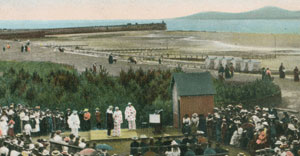 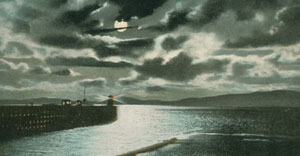